Objectives: This study aimed at examining the effectiveness of a cognitive training program on promoting phonemic awareness skills on aco ustic analysis skill among students with developmental apraxia of speech (DAS) in Saudi Arabia. Methods/Statistical analysis: the semi-experimental approach was used in this study. The training program was applied on (12) male and female students from the fourth and fifth grades from schools at Abha Educational District. Data were collected through the Developmental apraxia of speech (DAS) Scale developed by the researcher along with acoustic Analysis Scale developed in the literature Data were analysed using the SPSS software package. Findings: The results of the study showed significant improvements in acoustic analysis skills of the students who received the training program compared to students who were taught using the conventional methods. The results also revealed no connection between the age of students and their interaction with the developed training program. The final mean scores of the experimental group were better than the control group as scored in the post test, which indicted the effectiveness of the developed training program in improving acoustic analysis skills among the sample of the study. Application/improvements: special education teachers can use the designed program to help students with apraxia. Future research can investigate visual analytical skills in developmental apraxia of speech (DAS) in handwriting and other areas.

© 2020 Alkhawaldeh, Khasawneh. This is an open access article distributed under the terms of the Creative Commons Attribution License, which permits unrestricted use, distribution, and reproduction in any medium, provided the original author and source are credited.
Published By Indian Society for Education and Environment (iSee) 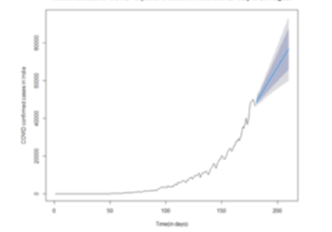 Objectives: COVID-19 pandemic is one of the prevalent challenges mankind has ever faced and there is a lot of uncerta...

Objectives: The aim of this work is to fabricate and analyze the Aluminum Doped ZnO, Copper Oxide CuO and their heter...

An HRM Framework for Manufacturing Companies of Bangladesh Mapping ...

Objective: This paper aims to propose an Human Resource Management (HRM) framework for the manufacturing companies of...

The Effects of Different Sources of Organic and Inorganic Chromium ...

This work has been carried out in order to study the effects of using different resources of organic and inorganic Ch...

Objectives: To study the effluent water quality and to compare the number of additional services within the petrol st...

Framework Development in Home Automation to Provide Control and Sec...

Background/Objectives: Home automation has been a booming field in the development of a modern home. The innovations ...