E-Street Zone-Automatic Streetlight based on the Movement of Vehicles

Objective: This study report smart street lights in national highways which can reduce the consumption of electricity. Methods: Two types of energy sources viz., solar AC from TNEB were used to conduct the present study. A solar pannel is placed on top of each street light which genrates electricity in the day time and also the AC supply from TNEB will be availed during night time sytem. The electricity availed from the TNEB will be used only when solar power inadequate. Thus a hybrid network is used in this project. Findings: Every Street light can be integrated with an IR sensor which detects the movements of vehicles. When the sensor detects the vehicles, the street light glows with full efficiency and when there is no movement it glows with 10% efficiency. By adapting this system, the electricity consumption can be efficiently reduced. Around 20-30% of electricity can be reduced by using this system. A solar panel is being installed in this set up, so that it charges in the presence of sun light and it uses the charge effectively in the absence of sun light. The electricity supply from TNEB is also availed so that in case of bad weather conditions, when solar panels not work, uninterrupted power supply is given to street lights. A hybrid set up is being established in which both the solar power and AC from TNEB is given. Street light utilises solar power as it can and if it is not sufficient it avails AC from TNEB. Applications/Improvements: This set up can be enhanced further by placing approximation sensor for detecting the failed street light and sending SMS to the control department via GSM for appropriate action. This setup can be applied in national highways and accident free zones. It reduces the consumption of electricity

Aravind and Kishore, E-Street Zone-Automatic Streetlight based on the Movement of Vehicles.Indian Journal of Science and Technology. 2016: 9(16);1-6

Analysis of Nuclei Detection with Stain Normalization in Histopatho...

Objectives: Territorial disputes over the West Philippine Sea are an emerging issue in the Philippines and other ASEA...

Diagnosis and Evaluation of ADHD using MLP and SVM Classifiers

Prevalence of nanostructure of surface layer among the bacteria Iso...

Nanostructure of S-layer forms the monomolecular outermost protein layer in bacteria and archaea that credited with p...

The aim of this article is to propose a new space called multiplicative normed linear space and discuss different top... 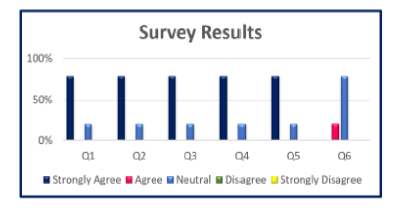 Objectives: Faculty attendance in schools are monitored based on Daily Time Record (DTR) which captures a daily time-...

Background/Objectives: Dependency parsing is one of the remaining problems that attracts researchers’ interest ...

Interleave Isolated Boost Converter as a Front End Converter for So...

Objectives: Solar power or fuel cell produces a very low output voltage (~20 v to 60 v), so we need to boost up volta...