This paper follows two main purposes. These two purposes include the analysis of the efficiency and ranking 7 domestic airports in Iran that have international airlines during 2010 - 2013. However, the indicated airports are under the ownership of the main company of the airports in the country and do not include all Iranian airports. On the other hand the Data Envelopment Analysis (DEA) is used as a non-parametric mathematical programming technique to evaluate the performance of international airports. Basically, regarding the first purpose an overall assessment of the efficiency of the airports is followed and the amount of the airport efficiency is measured and compared based on Russell’s model in DEA. Then in line with the second purpose the efficient airports are ranked based on the super-efficiency method. The structure of international airports as decision making units in DEA has been obtained by four inputs and three outputs. The results indicated that the Mehrabad, Mashhad and Bandarabbas airports had the full efficiency during all periods and these units have the first, second and third ranks, respectively. The Malmquist index of airports in these four periods can be obtained in order to better understanding of the productivity and performance of international airports.
Keywords: Data Envelopment Analysis, Efficiency, International Airports, Ranking, Russell Model 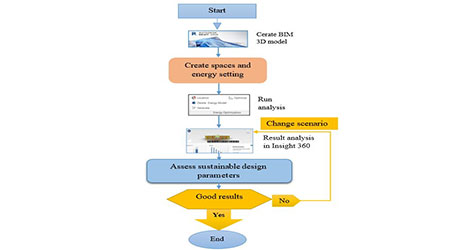 Adoption of BIM technology to develop sustainable buildings in the ...

Objectives: This study aims to identify and assess sustainable design parameters based on the tools and strategies pr...

In this paper, theoretical and practical design of low speed single side linear induction motor of secondary as react...

Fair Allocation of Reactive Power Contribution by Generators in Anc...

Objectives: In re-structured power systems, knowledge of reactive power supplied by the ancillary services and genera...

A Novel Approach for Book Recommendation using Fuzzy based Aggregation

Objectives: To propose the top books for universities students by using the proposed fuzzy based approach, Ordered Ra...

In this paper, we predict the Cetane Number of the fatty acidethyl ester according to weight percentage of fatty acid...

Impact Properties of Laminating Type in EVA and CFRP

This study deals with Carbon Fiber Reinforced Plastic (CFRP), which is receiving much attention in various fields bec...

Background/Objectives: The article considers the outcomes of experimental studies to establish the relationship of su...