Background: The availability of electricity in rural India is poor and by and large weak in power generation and distribution. Several improvement programs for rural India could have positively affected with better availability of electricity. Poor and discontinuous supply of electricity, being a natural component of areas with poorer services and infrastructure, has resulted in the problem being accepted as a mere inconvenience. The slow improvement of rural India continues with its struggle. In particular, women in rural areas are the most affected in this scenario. The adoption of locally generated renewable energy has been encouraged by the government of India through many projects and rural-sensitive technologies. The proposed projects often come to a standstill and were found to be unsustainable. One of the key factors that influence sustainability was the involvement of women in such projects. Objectives: To highlight the importance of women empowerment as a possible solution in the above-mentioned scenario. Women empowerment has been a successful strategy in many social aspects such as microfinance, cottage industry development, prevention of abuse etc. Methods: The inclusion of women empowerment was surveyed in order to study the feasibility and adoption of rural renewable energy projects in south-eastern Maharashtra. NGOs and examples of rural women were considered, to identify regions where women’s self help groups were active. Their previous successes and ability to lead social changes in their surrounding villages add a useful background to the topic of research. Analysis and Findings: We conducted an Exploratory Factor Analysis using the maximum likelihood factor analysis method, with direct Oblimin rotations. Some of the key factors that evolved were: Investment readiness, learning towards rural RE project, awareness towards financing rural RE project. Improvement: Renewable energy policy makers may use this research as a reminder to build capacity upon existing microfinance skills before commencing rural renewable energy projects..

Objective: Mobile Adhoc Networks contains set of mobile nodes does not have a fixed structure. It is very important t...

Studying the effect of the age of a tree on chemical composition an...

In this study, the effect of the age (6, 8 and 10 years) of Eucalyptus camledulnnesis on chemical composition, gravit...

Qualitative Land Suitability Evaluation for the Growth of Rice and ...

Land suitability evaluation analysis is a necessecary to achieve optimum management and utilization of the available ...

In this paper we have proposed and successfully implemented a new group key transfer protocol based on CBU hash funct...

An Ant Colony Algorithm to Prioritize the Regression Test Cases of ...

Background/Objectives: The limited resources force to choose an effective prioritization technique, which makes an or...

This study was conducted to analyze pedagogical content knowledge of secondary school teachers. A total of 254 mathem...

Numerical Simulation of Hydrodynamic for Abrupt Bathymetry in Palu ...

The failure of numerical simulation for hydrodynamic model in abrupt bathymetry zone is one of the obstacles in solvi... 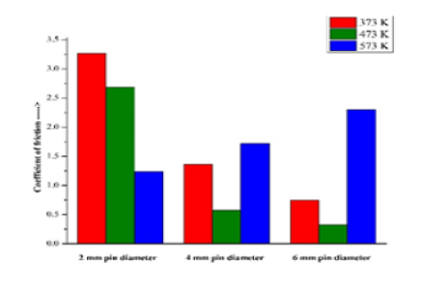 Influence of Change in the Apparent Contact Area, Temperature and V...

Objective: Aluminium and its alloys components are used in aero and space industries where in many cases trioboloadin...