Background/Objectives: In analyzing the modern world with huge amounts of digital visuals, the image analysis techniques play a major role. It helps in monitoring the organizing the visual data. The contents or objects in the image have significance on image recognition. Methods/Statistical Analysis: There are various algorithms which recognize the real world object. This system proposes a model which uses modified template matching technique based on SURF algorithm and squared difference error method. Findings: The template matching is done based on image features comparison. SURF algorithm of template matching is based on keypoint extraction from images whereas the squared difference error algorithm of template matching is based on pixel feature comparison. To analyze the performance of the algorithms in real world, both the algorithms been implemented using embedded microcontroller Raspberry pi and Pi Camera. Conclusion: The Electrical appliances used in home were considered as objects to be recognized. The appliances the detected via Pi Camera. This algorithm can be further explored in areas like multiple object recognition and various other autonomous machine vision system.
Keywords: Home Automation, Raspberry Pi, Squared Difference Error, SURF, Template

The layout density of integrated circuits on a single chip has led to the reduced size at sub-micron scales of VLSI d...

Objectives: The aim of this paper is to handlehuge dataset in a cloud with privacy and security. Due to rapid growth ... 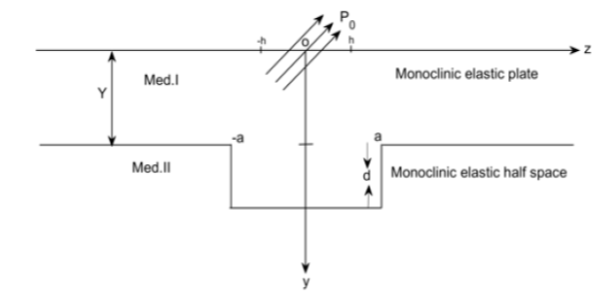 Stresses in a monoclinic elastic plate placed upon an irregular mon...

Objective: To study the stresses due to strip load in a monoclinic elastic plate placed over an irregular monoclinic ...

Electronic Wastes as Additives in Concrete

Objectives: To determine the compressive strength of concrete with e-wastes as additives after a curing period of 28 ...

Survey of Classification Based Prediction Techniques in Healthcare

Data mining is used extensively and is applied successfully in various fields like market-basket analysis, e-business...

In cellular communication, spectrum is always a major constraint, but still a large bandwidth (more than two third of...

Background: Citrate is filtered by the glomeruli and reabsorbed in tubular cells in kidney. Through this study, we ha...

Specifics of Training of Students of Philological Department in the...

Objectives: To develop a methodology of training of students of philological department to work with professionallyor...

Use of Styrene Butadiene Rubber (SBR) Polymer in Cement Concrete

Objectives: This research work was adopted to have the maximum strength of concrete mixed with styrene-butadiene rubb...