A thorough review of the Michelson–Morley experiment reveals that the experiment had been not only misinterpreted but also misconceived. Under the theory & methodology adopted by Michelson & Morley the reasons of misconception and misinterpretation have been found to be: 1. Doppler Effect of light was not taken into account and 2. The motion of the solar system was not also taken into account. Since this experiment formed the basis of misinterpretation of absence of luminiferous ether in the space and as the consequence of absence of luminiferous ether the concept of length contraction in the direction of motion, theories of relativity, space–time concept and big bang theory were adopted. The basis of all these theories and concepts is challenged. The present article is the detailed and corrected version of the article ‘Ultimate Proof of Energy Theory of Matter & Cosmology’ Mohammad Shafiq Khan (2010a) necessitated by the article ‘Foundation of Theory of Everything; Non-living & Living Things’ Mohammad Shafiq Khan (2010b). This article finally explains the Michelson-Morley experiment.
Keywords: Michelson – Morley Experiment, time-frame, luminiferous ether, recessional velocity, blue-shifting, red-shifting, anisotropy, Lorentz symmetry 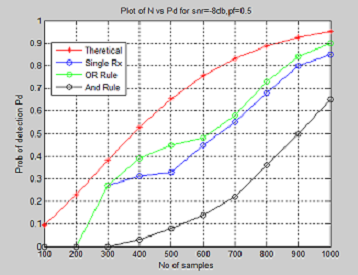 The paper reflects the common design and calculation methods and shows their limitations in regard to the calculation...

Objectives: Knowledge Management (KM) is an integration of numerous endeavors and fields of study. This paper provide...

Optical Performance of Doped Azopolyester and its Application

Effect of Impingement of Particle Velocity, Temperature on the Eros...

Wear characteristics of jute/E-glass fiber with Al2 O3 abrasive beads with air as media and at different impact angle...

An Overview on Effects of Geometric Parameters in Column Connection...

Background/Objectives: In this research, behavior of column base with box-shaped column under static loads has been e...

Object recognition is the task of finding an object from a given image. A human being can recognize objects that are ...

Objectives: The present paper demonstrates a study on properties of epoxy-polyurethane composite pipe reinforced with...

A Sustainable Energy Option to the Expanding Chennai Metropolitan Area

India is experiencing rapid growth in inhabitants, economic reforms and industrial development, which lead to a signi...