Objectives: The paper deals with the polemic over the Court of Biys in the Russian Czarist-Era historiography, which did not lose its importance in the Kazakh society during the political and administrative reforms of the Russian Empire held in the 19th century, and kept on playing the role of the regulator of the social and economic life of the nomadic communes. Methods/Statistical Analysis: Scientific objectivity suggests drawing the conclusions on the basis of the analysis of all the sources and adherence to the precise research methodology, based, in this paper, on the dialectical theory of cognition as well as general research techniques of historical phenomena in their development and interdependence. This paper is based on the general scientific principle – the objectivity requiring consideration of all the sides of the research subject regardless of the ethnocultural preferences and the political favors of the historiographer. This principle rests upon the necessity of precise comparison of historical facts and phenomena in their integrity, i.e. the necessity of in-depth study of the problem. In its turn it allowed the authors to avoid biased attitude towards the sources in the process of their interpretation and to draw right conclusion regarding this problem. Findings: Thus, in the Russian Czarist-Era historiography, there were two approaches to the issue on the legal reformation of the Kazakh society. In the works of the adherers of conservative direction Biys, despite their “lack of the skills of government control” were recommended as the officials of the lower apparatus of regional administration on the protective and educating principle, which can be expressed by the formula – “why one should create something brand ‘new’, if they can temporarily use ‘old’”. Particularly, the representatives of this group saw the empire, first of all, as a political and cultural entity, promoting civilization and equal rights to the backward folks of the outskirts. Applications/Improvements: The beginning of the First World War brought new ‘troubles’ to the Empire, so, all the issues regarding the reformation of the outskirts were put on the back burner. The Court of Biys, despite all the arguments and the measures of the adherers of the unified court, remained valid, alongside with the imperial judicial practice, generally meeting all the demands of the local socio-regulatory environment.

Akylbek et al., Polemic in Russian Pro-Revolution Historiography about the Future of the Kazakh Court of BIYS (The Latter Half of the 19th Century). Indian Journal of Science and Technology. 2016: 9(44);1-10

Objectives: The aim of this paper is to increase the performance of heat exchangers. A flow header having number of s... 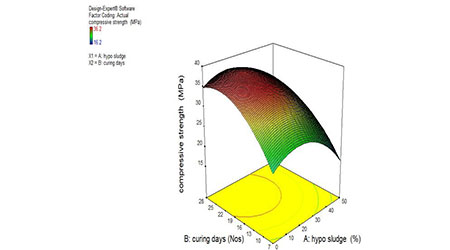 Objectives: The objective of the study was to study the compressive strength of the partially replaced paper mill was...

In recent years, with the rapid increase in Internet usage, the data that has been generated is huge and unstructured...

The amount of sensitive loads in distribution networks is increasing significantly with the passing of time. It is es...

Development of activated sludge adapted to high concentrations of p...

In this study, we successfully developed activated sludge (AS) adapted to a very high concentration (3 g/L) of phenol...