Although the discovery of carbon nanotube was dated back in 1952 by Radushkevich and Lukyanovich, it has attracted ­attention of the industrial and scientific communities only when Iijima succeeded in synthesizing the first Multi-Walled Carbon Nanotubes (MWCNTs) in 1991. The unique properties of carbon nanotubes, in particular mechanical, have sparked designing, fabrication and commercialization of robust carbon nanotube based materials. The robustness of any material, i.e., the mechanical properties, is in factgreatly affected by the presence of defects. In this paper, one of the ­mechanical ­properties for the zigzag type Single Walled Carbon Nanotubes (SWCNTs) is studied. The strain energy curve under axial tensile loads is determined by using the Molecular Dynamics (MD) simulation. The interaction force between ­atoms is ­modeled by using the second-generation of Reactive Empirical Bond-Order (REBO) potential coupled with the ­Lennard-Jones potential. The validation with Young’s modulus is presented and discussed. The effect of the size of the tube diameter of SWCNT on the strain energy curve is also discussed.
Keywords: Axial Tensile Strain, Molecular Dynamics, Strain Energy, Young’s Modulus, Zigzag Type Carbon Nanotubes

Adjustment of the primitive parameters of the simulated annealing h...

In this paper, the best setting for primitive parameters of simulated annealing fitted on traveling salesman problem ... 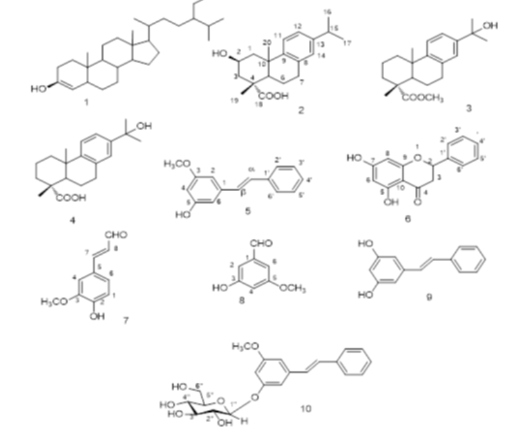 Utilization of wood industrial wastes for production of chemicals a...

Objectives: This study aims to isolate and identify valuable chemicals and pharmaceuticals from the waste of wood (Pi...

Determinant Factors on Student Empowerment and Role of Social Media...

Background/Objectives: In recent times, there is phenomenal increase in usage of Social Networking Sites like Faceboo...

Objectives: Silica is not essential nutrients for plant growth; however, it shows that it is beneficial to rice, espe...

Comparative Analysis of DCF and OPC as Means to Minimize FWM in WDM...

Context: Question items are intended to evaluate students for various skills and knowledge acquired during the proces...

Objectives: In the world of modern medicine, though there is lot of medical achievements, diseases like dementia stil...

FEM with Analytical Approach based Wind and Seismic Design Recommen...

The wind and seismic design is a major requirement in equipment design in oil and gas industries. In this paper we ha...