Scientific Analysis of the Gilt-bronze Incense Burner of Baekje from the Neungsalli Temple Site in Buyeo, South Korea

The Gilt-bronze incense burner, excavated at the Buyeo Neungsalli temple site,was made in the 6th century. It consists of a knob, lid, body and support, and features various patterns and ornaments representing Buddhism and Taoism. Following the assessment of its overall design and aesthetic senses, the incense burner has been recognized as a cultural masterpiece in East Asia. The present study analyzes the alloy composition, micro structure and plating layer of the incense burner. Atomic absorption (AAS) and micro beam X-ray fluorescence (micro-XRF) methods applied to the incense burner base. Analytical results revealed it to a binary alloy of copper and tin with compositions of 82 - 86% and 13 - 14%, respectively. The melting temperature and strength of the burner were estimated based on the tin concentration. The micro structure and the nonmetallic inclusions were analyzed by optical microscopy and scanning electron microscopy coupled with energy dispersive spectrometry (SEM-EDS). The analysis revealed an α+δ eutectoid with the α phase featuring a high copper content, along with a small amount of 4 - 5um sized nonmetallic inclusions. This composition revealed the use of sophisticated technologies in the fabrication and refinement of the burner. The lead isotope ratios from the Thermal Ionization Mass Spectrometry (TIMS) suggested that the raw material of the incense burner originated from Zone 3 (Yeongnam Massif, Okcheon Metamorphic Belt) of the southern part of Korea. The chemical composition of the plating layer cross-section was revealed to comprise gold and copper at 60% and 37%, respectively. The plating layer included both copper and gold owing to diffusion effect between the gold and the base copper during the gold amalgam plating process. The surface color of the incense burner was, therefore most likely reddish brown, not gold.
Keywords: Chemical Composition, Gilt-Bronze, Microstructure, Micro-XRF, SEM-EDS, TIMS

Hyung-Tae Kang, Scientific Analysis of the Gilt-bronze Incense Burner of Baekje from the Neungsalli Temple Site in Buyeo, South Korea. Indian Journal of Science and Technology. 2015: 8(23).

Objective: The main objective of this research is to allocate the resources with high profit and achieve high user sa... 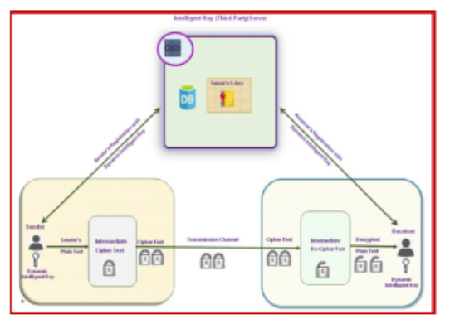 Objectives: To propose a new novel and unique cryptosystem with interfaces for the designed cryptosystem and to imple...

Flip-flops are basically data storage elements which can be used for storage of state. However, most non-volatile mem...

Small and Medium Enterprises (SMEs) are one of the principal driving forces in economic development and are the backb...

Objectives: This article is aimed at providing a detailed design of a 250 W AC series motor. Analytical design of the...

Analysis and Implementation of Data Mining Algorithms for Deploying...