The distribution of hydrological characteristics like temperature, pH, salinity, conductivity, DO, BOD, alkalinity, nutrients (NO2-N, NO3-N, PO4-P, SiO4-Si) along with depth, transparency and turbidity were studied in Chilika, the largest brackish water lagoon in Asia. The results exhibited pronounced spatial variation and distribution pattern, indicating large variations, possibly due to seasonal changes. The photosynthesis of weeds caused the lake water slightly alkaline due to uptake of CO2 from water column and on the other hand, the formation of humic acid because of decaying of weeds in northern sector lowers the pH of the lake water. The low salinity in northern sector related to influx of more floodwater, which was not very much affected in southern sector. Addition and removal of fresh water, seawater intrusion and mixing bring out the change in salinity of the lagoon. The low DO and high BOD values were associated with the area near to large fishing jetties, where organic decomposition was more. Nitrite exhibited higher concentrations during May due to its release into the water column from the decomposed freshwater weeds. High nitrate during July and August were related to agricultural runoff through floodwater. Silicate concentration showed a well-defined pattern with higher during monsoon months, which was slightly removed at high salinities areas.

Measurement of Indian science and technology using publications out...

A Study on the effect of Consultant Selection on Consulting Satisfa...

Prediction of Universal Joint Behavior Under Small Axial Loading Us...

Smart Power Monitoring and Control System through Internet of thing...

Background/Objectives: Lack of resources established in the present world is initiating everyone towards energy effic...

Simulation of Company’s Bankruptcy Probability based on Catastrop...

Objectives: This research addresses the issues of construction of mathematical models to estimate the company’s... 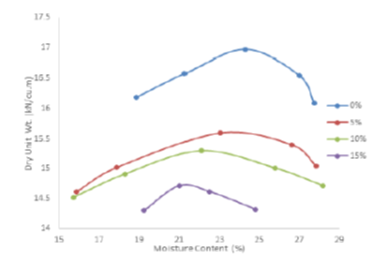 Strength and Swelling Behavior of Black Cotton Soil Stabilized with...

Objectives: This paper proposes the new idea of intrusion detection system to improve the security in mobile adhoc ne...

Efficient and Robust Token based DME Algorithm in MANET

In Mobile Adhoc Network mutual exclusion is the important research area, here nodes are waiting for the critical reso...