Objectives: To represent the idea of level of concept awareness and the level of moral competence; to develop methodology of revealing the level of concept awareness and the level of moral competence; to elaborate the correspondences table to determine the concepts substitution while comprehending the concept or evaluating somebody’s action. Methods/Statistical Analysis: Component analysis was employed to define the definitions semes and the semes in respondents’ answers to be being compared; questionnaire method was used to receive data to be studied; lexical analysis was used to establish the compliance of the dictionary definition to the concepts obtained in the teens’ responses; method of quantification was used to calculate the levels of concept awareness and moral competence; method of data interpretation was employed while using elaborated unique scale interest of three levels: high -100%-75%, average – 74%-35% and low – 34%-1% and discussing the received data accordingly to the correspondence table. Findings: The calculated data of the teens’ levels showed the average level of concept awareness - 47, 71% which reflects the individual’s ability to define moral concept “greed” approximately to the dictionary definition, and reveal the person’s inability to identify the concept relatively to other synonymous concepts. The average level of moral competence - 63, 08% shows the person’s ability to evaluate somebody’s action or behavior accordingly to synonymous moral concept “greed”. In some teens’ answers the concept “greed” was substituted for synonyms. To reveal the mechanism of substitution the correspondences table was created where definition semes in linguistic dictionaries; explanation of analogical feelings\emotions in Psychology; manifestation of feelings\emotions in the action are represented. Suggested view and approach to calculating the levels of awareness and moral competence are absolutely new in Psycholinguistics and Cognitive Linguistics and give the opportunity to analyze the depth of concept comprehending in every day’s mind. The elaborated methodology has never been developed in Psycholinguistics and in Cognitive Linguistics so far. Application/Improvements: The methodology elaborated can be used in Psycholinguistics and in Cognitive Linguistics to analyze the structure of person’s lexical volume and to estimate the levels of moral competence and concept awareness and to reveal the concepts substitution in every day’s mind.

Keywords: The Level of Concept Awareness and the Level of Moral Competence

Kolodina, The Level of Concept Awareness “Greed” and the Level of Moral Competence Teens. Indian Journal of Science and Technology. 2017: 10(21);1-5

Fermentative Production of Xylitol: A First Trial on Xylose Bifurca...

Dispatched client of the database may endeavour change those relationship «around the data so as will derive or...

Controlled Hydrothermal Synthesis of Nano-MoO2 as Anode for Lithium...

Objectives/methods: Nano-MoO2, with different allotropic forms is synthesized through a reduction reaction of molybde...

On Speech Synthesis of Sindhi Numeric

In a text-to-speech system, spoken utterances are automatically produced from text. The interest in text to speech sy... 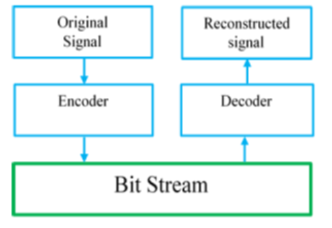 Improvement of the compression ratio of vibratory signals by double...

Background/Objectives: The vibratory signals delivered by rotating machines are very important in the maintenance of ...

Objectives: This paper identifies the limitations of ERP packages being used in Apparel industries and also identifie...

Objective: State estimation is used as a necessary tool for online monitoring, analysis and control of power systems....

Objectives: In this article adsorption of nitrogen in peat humic acids of Middle Ob Region of Western Siberia is bein...

Objective: To explore the perception of undergraduate nursing students of second-year courses regarding e-learning ex...