The Ubiquitousness of Prey-Predator Relationship (PPR), the Law of Purposive Association and Fundamental Questions in Evolution

Asima Tripathy and Rajat Kumar Pradhan, The Ubiquitousness of Prey-Predator Relationship (PPR), the Law of Purposive Association and Fundamental Questions in Evolution. Indian Journal of Science and Technology. 2018; 11(32). 1-11.

Objectives: Image processing basically comprises of techniques employed to either enhance or restore an image. Noise ... 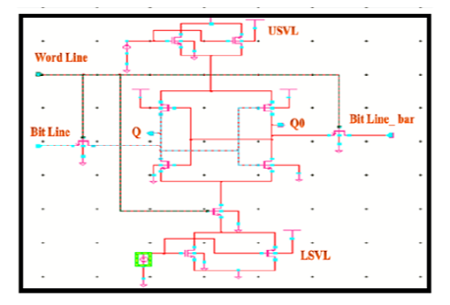 Analysis of 7T SRAM Cell Based on MTCMOS, SVL and I-SVL Technique

Objective: To design and propose an optimized Volatile 7T based SRAM cell in terms of leakage currents and dynamic po...

Assessing the Indoor Environmental Quality in Shopping Areas with a...

Comparison of Modern Structural Systems based on a Fuzzy Analytical...

This article aims at comparison of three advanced construction methods to choose the appropriate one in four-storey b...

Process Mapping and Rating of Banking Activity from Knowledge Manag...

The aim of this research is the development and analysis of digital signal processing techniques for enhancing perfor...