Background/Objectives: Fuzzy Logic is derived from Fuzzy Set that deals with reasoning that is accurate rather than precisely based on degrees of membership, and are well-liked tools in the application of prediction, classification and recognition based problems. Methods/Statistical Analysis: This work projected a novel Fuzzy Classification Algorithm to train Fuzzy Inference System to classify and predict soil profile data with soil Total Porosity and proposed a fuzzy-genetic hybrid based clustering algorithm namely GENetic algorithm for SOIL (GENSOIL) profile data. Soil samples were collected from International Soil Reference and Information Centre. Findings: Fuzzy Rule Base has been developed and using in a proposed Fuzzy Classification Algorithm to train Fuzzy Inference System for soil profile data classification and prediction. The proposed algorithm classified the soil samples based on Fuzzy Rule Base using with Fuzzy Membership Function and hybrid with a randomized and optimized Genetic algorithm. A Novel Fuzzy-Genetic Hybrid Classification Algorithm compared with k-Means and Fuzzy C-Means are assessed on the basis of the time complexity of clustering. Applications/ Improvements: The advantage of novel Fuzzy-Genetic Hybrid Classification Algorithm is their applicability in different types of related optimization problems with a superior speed of calculation and found solution very close to the best one.
Keywords: Classification, Fuzzy C-Means, Fuzzy Logic, Fuzzy Rule Base, Genetic, K-Means, Soil Profile

The Mediation Role of Unmet Need in Healthcare Providers’ Support...

Objectives: The present study examined the role of unmet social support needs on the relationship between health care...

Experimental Studies on Heat Transfer Performance of Double Pipe He...

Objective: The present study was made to investigate the enhancement in the heat transfer characteristics of CuO wate...

Study on the Effects of Electrode and Microchannel Sizes on the Per...

Background/Objectives: The design and fabrication of Microfluidics-based electrochemical biosensor with high quality ... 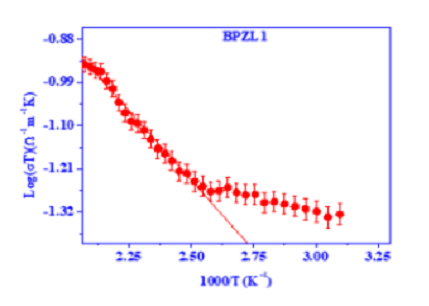 Objectives: Investigation of electrical transport properties of glass system in the composition (P2O5)0:65􀀀x(B2O3)...

The Prediction of Cloud Point Temperature in Wax and Pure Paraffin ...