Background/Objectives: A representative tool end mill, and predictive studies on tool wear and tool life are in urgent need since the number of products requiring high-precision processing has being increasing recently. Method/Statistical Analysis: The workpiece had a size of 20mm in length, 20mm in width, and 5mm in thickness. For the tool with the outside diameter of 8mm, the radial rake angle of 5°, and the helix angle of 20°. Processing involved oblique processing at an angle of 5° so that the depth was increased as the transfer progressed. Revolution of the tool was 600RPM with the feed-rate being set at 100mm/min. Findings: Upon initial processing, plastic deformation can be seen to occur in a center part of the end mill also, as the depth was increased while almost no initial plasticity occurred in the center part. The maximum temperature occurs at the blade tip of tool edge part that was cut the deepest, and a high temperature of about 1334.5° C was produced. Therefore, work hardening is expected to occur upon processing due to such high temperature. After the formation of chips by processing flow, rapid cooling may be observed. While similar cutting forces for all of x, y, and z axes are acting initially, those for the x-axis and y-axis can be seen to be drastically increased in a vertical direction up to about 18kN after rotation by about 900°, despite the fact that almost no cutting force is applied. The reason is considered to be application of severe vertical loads so as to act as a compressive stress for the tool as the depth of the end mill is increased in oblique plane processing. Application/Improvements: Severe concentrated loads occurred at the blade tip of tool edge so that a shivering phenomenon was considered to occur. This result will be used as the basic data upon product processing.
Keywords: Cutting Analysis, End Mill, Finite Element Method (FEM), Forming, Milling Machine, Mises Stress

Key-Sun Kim, et al.,
A Study on Cutting Analysis upon Oblique Groove Processing by using an End Mill,Indian Journal of Science and Technology.2016;09(24):1-7

Design of GA Tuned Two-degree Freedom of PID Controller for an Inte...

In this paper an innovative controller named parallel two-degree freedom of PID controller has deliberated and employ...

The Influence Factors on Health-Related Quality of Life of Middle-A...

Background/Objectives: The objective of this research is to grasp the middle-aged working women’s physical cond... 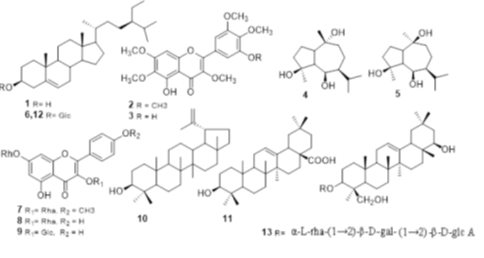 Digital images are widely used and can be easily altered through the internet medium. Therefore, this article propose...

Objective: The objective of this paper is to find the inconsistent objects in data which has high dimension through r...

Background/Objective: Material characterization is an essential part during manufacturing cycle of component as it as...

The objective of this paper is to analyze and identify the best classification solution for clinical decision making....

The main aim of this study is to examine the influence of drilling parameters on Aluminium Metal Matrix Composite (Al...