Development of a Model to Predict Efficiency Parameters in Industrial Processes

Background/Objectives: The implementation of regression and correlation analysis as a tool for the modeling of industrial-scale milling processes, as a base for optimization processes that allow establishing a production regime with the highest consumption rate and therefore, a better process performance. Methods: Using the multivariate regression methods, a mathematical model to establish a correlation between the consumption rate and the factors that influence it was developed; in this process, a series of statistical analysis was developed to select the factors that generate an effect on the behavior of the consumption rate, at the same time, to determinate the best fit for the experimental data measured, using a statistical tool for the operations required. Findings: From the obtained results, it is shown that from the set of initial variables studied, only two (the humidity and the production), have a degree of correlation enough to be taken in account into post-processing operations; besides, it was found that the behavior of the consumption rate can be approximated as a linear combination of the relevant factors, with a better accuracy when compared to more complex fits, which in turn generates a model easy to handle in optimization processes Application: To develop a tool for the prediction of the behavior of consumption rate in milling processes, which will be used for the establishment of a more efficient production regime, where a better planification yields a lower energy consumption, with the same production level.

Forero, et al., Development of a Model to Predict Efficiency Parameters in Industrial Processes. Indian Journal of Science and Technology. 2018; 11(29). 1-6.

How can Small and Medium-sized Enterprises Maximize the Benefit Der...

Objectives: Controversial results are found in literature regarding the influence of strategic flexibility to SMEs&rs...

Detection of Oxytocin in Fruits and Vegetables using Wireless Sensor

Background/Objectives: This study is focused on detecting the presence of Oxytocin, a Schedule H drug, used in fruits...

The aim of this study was to examine the factors affecting anxiety after cardiopulmonary resuscitation among medical ...

Reactive power plays an eminent role for the power system to operate efficiently as well as securely. In order to con... 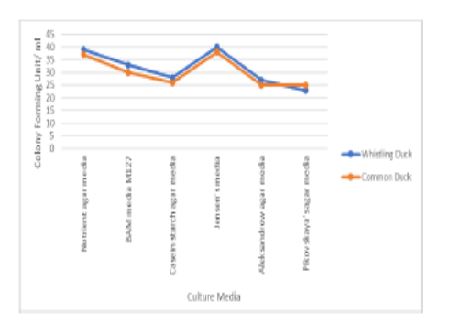 Microbial Profile and Physico-chemical Analysis of the Excreta of D...

Objective: To evaluate the physico-chemical composition and the presence of potentially useful bacterial to be used a...

The electronic industry is the world’s largest and fastest growing manufacturing industry. During the last decade, ...