Findings: In ISAPS, the packets from the multiple nodes were considered as independent to each other. In addition, the computational complexity and energy consumption were high. The correlation of the multiple dependency packets were degraded the network performance due to representing the dependencies and scalability. The efficiency of security was less since the source node and their packets were easily identified by the attacker.

Improvements: These issues are avoided by proposed inter and intra service dependencies based ISAPS algorithm. Furthermore, the anonymity concept is included with the security-aware packet scheduling algorithm for improving the efficiency of security by secure routing protocol.

Sensor networks have been widely employed in many real-time applications. One of the most obvious challenges appearin...

A Novel Method for Segmentation of Compound Images using the Improv...

The paper proposes a novel segmentation method for image analysis with classification. Analysis of the scanned compou...

Improvement of a Biorefinery from Palm using Exergetic Sensibility ...

Background: Vegetable oils have received a great attention to reduce depending on fossil fuels because of its biodegr...

Objectives: In this analysis, PV-Wind Microgrid with real time environmental conditions is compensated for harmonics ... 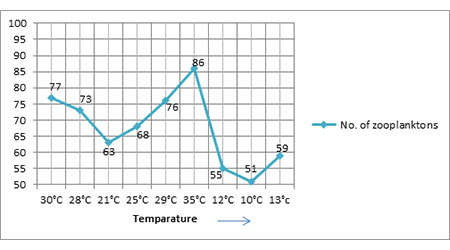 Background/Objective: Present study was carried out to identify zooplankton density at Baburpukur pond along with phy...

Quantitative Analysis and Evaluation of RPL with Various Objective ...

Objective: Wireless Sensor Networks (WSN) with IP compatibility consists of nodes that has limited resources such as ...

Objectives: To design digital PID controller by using CHR-I and CHR-II tuning techniques, as it helps in finding out ...

Background/Objectives: The software architecture recovery process is an activity that is included in different contex...