Improvement in Data Packet Routing on the basis of Stability

Mobile Adhoc Network (MANET) consists of various independent nodes that work on wireless topology; so better Quality of Services (QoS) is required in these networks which can be achieved by selecting the optimal path. The selection of the optimal path between nodes is a fundamental issue that arises in Mobile Ad hoc Network (MANETs). In order to reduce the latency, Packet Delivery Ratio (PDR) and overhead, certain methods are advocated that improves the route efficiency by selection of the most stable path. The proposed work suggests a method where header node in each network is selected and the path with highest average sum of header number is elected as the optimal path. The study was conducted to analyze the performance of technique over existing techniques which revealed that the throughput of the system has been increased by a factor of 2 along with the increase of Packet delivery Ratio by 45.53%.

Arora and Gaba, Improvement in Data Packet Routing on the basis of Stability. Indian Journal of Science and Technology. 2016: 9(3);1-5

Effect of Salinity and Temperature on Seed Germination and Seed Vig...

To evaluate the effect of different levels of salinity and temperature on germination and seed vigor of three medicin...

Attitude of Young People in Small Towns and Metropolises towards Va...

The Internet as a new space of social-communicative interaction provides opportunities for new forms of the socio-sta...

Group communications are becoming popular by explosively increased Internet usage, and there are various group commun... 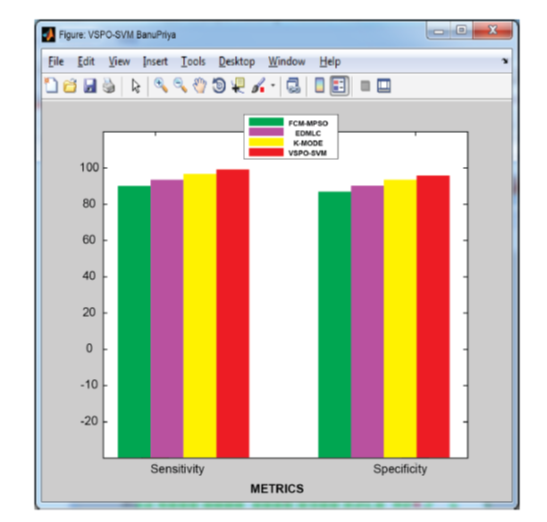 Objectives: To optimize the EEG signals in order to predict the epileptic seizures at early stage and to improve the ...

Analysis of Saliva and Serum of Normal and Anomalies Pregnant Women...

This study is an attempt to evaluate and compare the spectral difference in saliva and serum between healthy pregnant...

New simple and fast method for robust background image estimation from video stream is offered. The method is based o...

Simulated and Self-Sustained Classification of Twitter Data based o...

We present a methodology for naturally grouping the estimation of Twitter messages. Miniaturized scale websites are a...

Dynamic network model proposed by Färe (Färe & et al. , 2 009). will consider behavior of DMUs across time and will...