Objectives: In the present paper, the wind power potential as a renewable energy source for electricity mass production in Samawa city - Southern Iraq is studied. Methods/Statistical Analysis: Wind speed, temperature, and the relative humidity are measured at height of 11 meters (anemometer height of Samawa meteorological station) for years (2012–2016) and feed as input data to computer program. Mathematical simulation performed to estimating this data and another essential parameters in the study as a function of height (11 m < height < 80 m), taking into consideration the effect of friction coefficient, temperature and relative humidity on density and wind speed. Finding: Wind speed and its frequency (probability density function) are two important factors to evaluating wind power potential represents. The study shows the minimum speed which suitable for electricity power production to be achieved at 34 m height average, but that insufficient for this purpose without achieving good frequency (probability density function) of the suitable speed. The study shows the daily mean of wind speed average characterized by good values and frequency at 75 m height. All the values to get over 5 m/s, and range between 5.14 m/s to 8.23 m/s, that is considering good indication for wind power potential for electricity mass production in study site at least 75 m height. Application/Improvements: The utilization of wind speed for electricity mass production as a renewable energy in Samawa city-Southern Iraq can be verify at least (75 m) height approximately.

Flow design parameters are important in the sewerage system design. The purpose of this research is to verify the des...

Background/Objectives: An extensive literature survey has been carried out and focused on variety of application and ...

Objectives: To study fuzzy almost bi-ideals in near-rings. Methods/Statistical Analysis: We extend the concept of fuz...

A Wideband Antenna with Defected Patch Structure Applicable for Wir...

With defected patch structure a wideband monopole antenna presented in this paper. In this article a slot geometry is...

A Study on the Selection of Strategic Industry in Gyeonggi Province

Background: Automatic Speaker Identification (SID) systems has been a major breakthrough and crucial in many realworl... 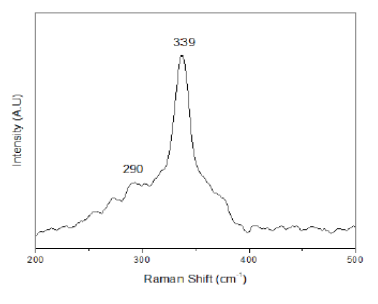 The dead zone in the buck converter can be eliminated by integrating flyback converter with it. However, its input Po...

In the present study Ashwagandha plant was screened for antiviral activity against Infectious Bursal Disease Virus Re...