Objectives: Social networks are becoming a risk for minors especially those are using it regularly. This action can also lead to Cyber bullying. The unstructured texts which are present in the enormous amount of information cannot simply be used for further processing by computers. So, the specific preprocessing methods and algorithms are needed in order to extract useful patterns. Methods/Analysis: One of the important research issues in the field of text mining is Text Classification. The Twitter corpus is used as the training and test data to build a sentiment classifier. The positive or negative sentiments of a new tweet are used to detect Cyber Bullying messages in Twitter using LDA with Naive Bayes classifier. Findings: The result shows that our model gives the better result of precision, recall and F-measure as nearly 70%. Naive Bayes is the most appropriate algorithm comparing with other algorithms like J48 and Knn. The CPU processing time for Naive Bayes algorithm is comparatively less than the other two classification algorithm. Improvements: The performance of the system can be improved by adding extra features to more amount of data.
Keywords: Cyber Bullying, LDA, Naive Bayes, Text Mining, Twitter

Objectives: A study is carried out to investigate the effect of marble sludge powder on the stabilization of soil and...

The Effect of Electrokinetic Stabilization (EKS) on Peat Soil Prope...

Objectives: To enhance the compaction properties of peat soil, such as shear strength, compressibility, permeability ...

Objectives: The purpose of this study was to examine citizens’ level of use towards m-Government services and t...

Scaffolding is a mechanism for observing the process by which a learner is helped to achieve his or her potential lea...

Structure of human errors in tasks of operators working in the cont...

In the present research, human errors existed in tasks of operators working in two control rooms (Northern and Southe...

Background/Objectives: This study focuses on the increase of materialization of real events from the sports history a...

Objectives: Brain tumor segmentation is an important challenge in the medical image processing. There is a need for e...

Usage of rainfall derivatives to hedge rainfall risk: A feasibility...

Objectives: To check the awareness level of farmers towards crop insurance schemes available so far and their satisfa... 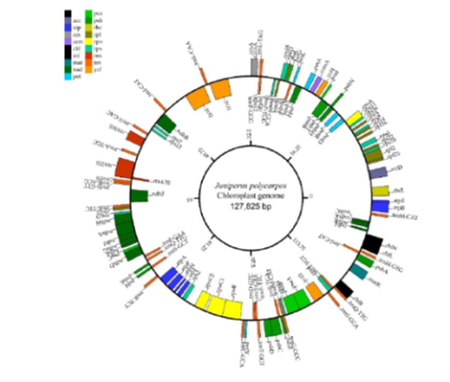